MENLO PARK, Calif., July 22, 2015 /PRNewswire/ -- They want to drive to their jobs, head into their private offices and meet face-to-face with colleagues before calling it a day – hopefully, not too late, since work-life balance is their primary career concern. Sound like a baby boomer, or even Gen X? On the contrary, these are the work preferences expressed by more than 770 members of Generation Z (those born between 1990 and 1999) surveyed recently by Robert Half and Enactus. 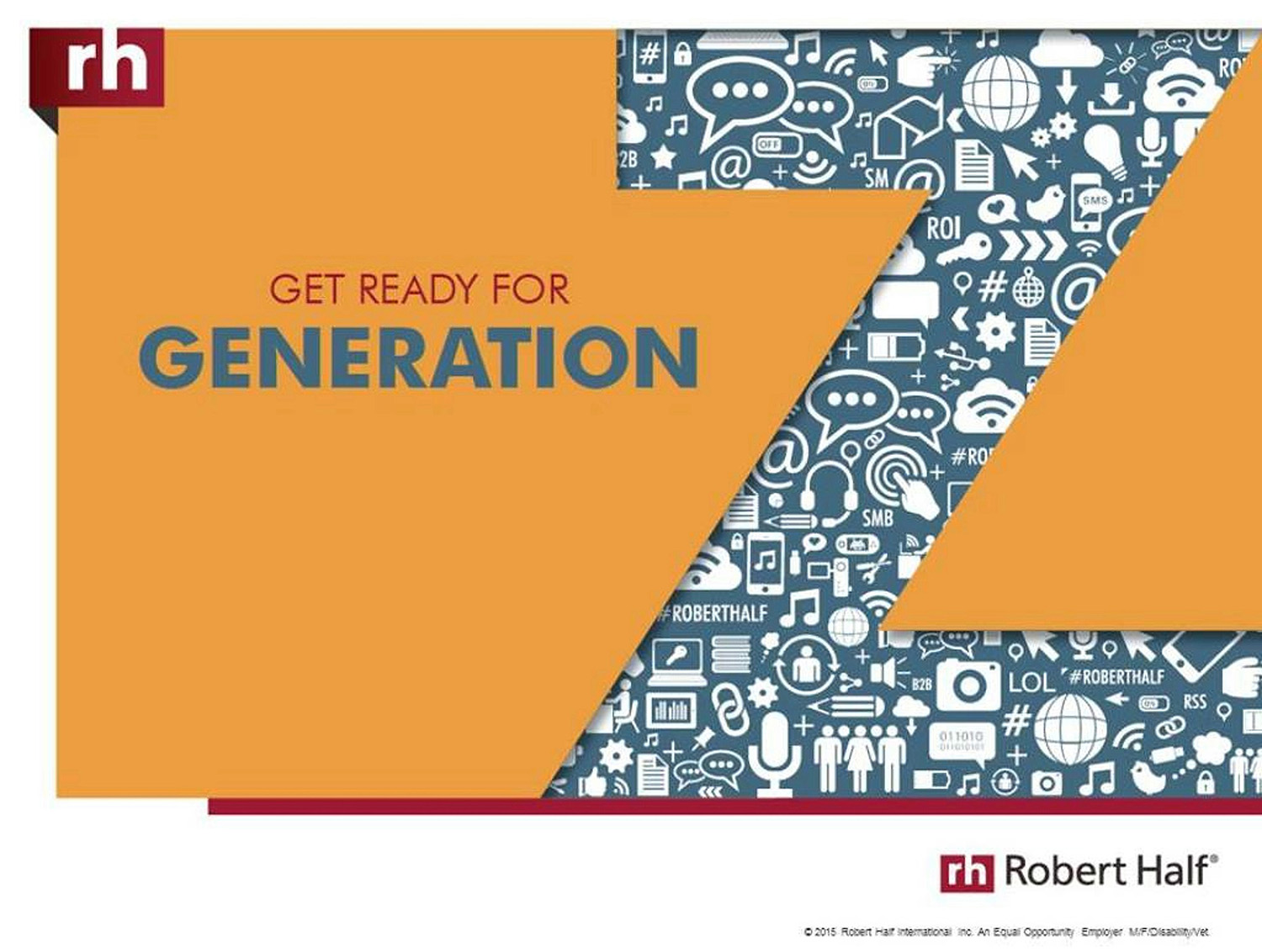 Visit roberthalf.com/generation-z to view infographics, learn more about the research and download the white paper.

"Gen Z employees bring unique values, expectations and perspectives to their jobs," said Paul McDonald, senior executive director of Robert Half. "They've grown up in economically turbulent times, and many of their characteristics and motivations reflect that."

Following are five surprising insights based on the research:

2. They're not exactly bubbling over with youthful optimism. Meet the 'reality-check' generation.

3. A gold watch marking decades of service may not be in the cards, but they do plan to stay a while at their jobs -- and move quickly up the ladder.

5. Collaboration shouldn't be a problem, say Gen Zers, except with those baby boomers.

Bev Graham, Ph.D., vice president of Enactus USA programs, said, "Gen Z professionals are full of potential, but these young adults will need support in honing their skills and harnessing their enthusiasm to address real-world employment situations, such as the need to communicate more formally in certain situations."

Added McDonald, "This group of professionals has grown up with technology available to them around the clock and is accustomed to constant learning. Companies with a solid understanding of this generation's values and preferences will be well prepared to create work environments that attract a new generation of employees and maximize their potential."

About Enactus
Enactus is a global community of student, academic and business leaders committed to using entrepreneurial action to transform lives, improve livelihoods and shape a better, more sustainable world. The organization provides a platform for teams of university students to create innovative projects that put people's own ingenuity and talents at the center of improving their lives, livelihoods and communities. Guided by educators and supported by business leaders, students depart the comfort of the classroom and the ambiguities of academic theory and engage in real world projects to improve the lives of others. Enactus operates in more than 1,700 universities in 36 countries, with 70,500 student leaders impacting more than 1,950,000 people.