Are You Underpaid? Survey Released With Robert Half 2019 Salary Guides Finds 46 Percent Of Workers Feel Shortchanged
San Diego, Austin, Houston and Nashville have the most professionals who believe they're underpaid
Workers in Miami, Dallas, Cincinnati and San Francisco most likely to say they're compensated fairly

MENLO PARK, Calif., Aug. 28, 2018 /PRNewswire/ -- There's good news and bad news when it comes to how satisfied U.S. workers are with their compensation. The good: 49 percent of professionals surveyed by global staffing firm Robert Half feel they are paid fairly at their jobs. The bad: 46 percent think they are underpaid. The remaining 5 percent admitted to feeling overpaid.

More than 2,800 workers in 28 U.S. markets were surveyed for the study. The research was issued in conjunction with the release of the Robert Half 2019 Salary Guides, which provide starting salary ranges for more than 460 roles in the accounting and finance, technology, legal, creative, and administrative fields.

View an infographic of the findings by city. Data tables with a breakdown of the results by age, gender, income and education are also available.

Workers were asked, "In your current job, do you think you are …?"

Paul McDonald, senior executive director for Robert Half, noted reasons why pay levels may not feel up to par. "Some firms have not kept up with shifts in market demand and continue to use old job classifications and salary bands. If your organization has not reviewed its compensation plan within the last six months, it could be outdated."

Another factor fueling thoughts of being undercompensated is word of mouth. Workers who have spoken with recruiters about new opportunities, or with friends who have recently changed roles, often hear about better pay and perks offered elsewhere.

While money is important, McDonald urged companies not to rely exclusively on high compensation to motivate employees. "Professionals earning a healthy salary may still feel undervalued or underappreciated for their contributions. Pay alone does not guarantee employee satisfaction or happiness. Organizations need to offer solid benefits, perks and incentives, along with a positive corporate culture, to attract and retain top performers."

About the Salary Guides
Robert Half has reported on salaries yearly since 1950. The company gathers information from its specialized recruiters throughout its U.S. offices to compile the Salary Guides. Information in the guides is based on the thousands of job searches, negotiations and placements managed by Robert Half's staffing and recruiting managers. Continuing or ongoing salaries are not reported because many external factors — such as seniority, work ethic, job performance and training — impact the salaries of full-time professionals as work histories develop. 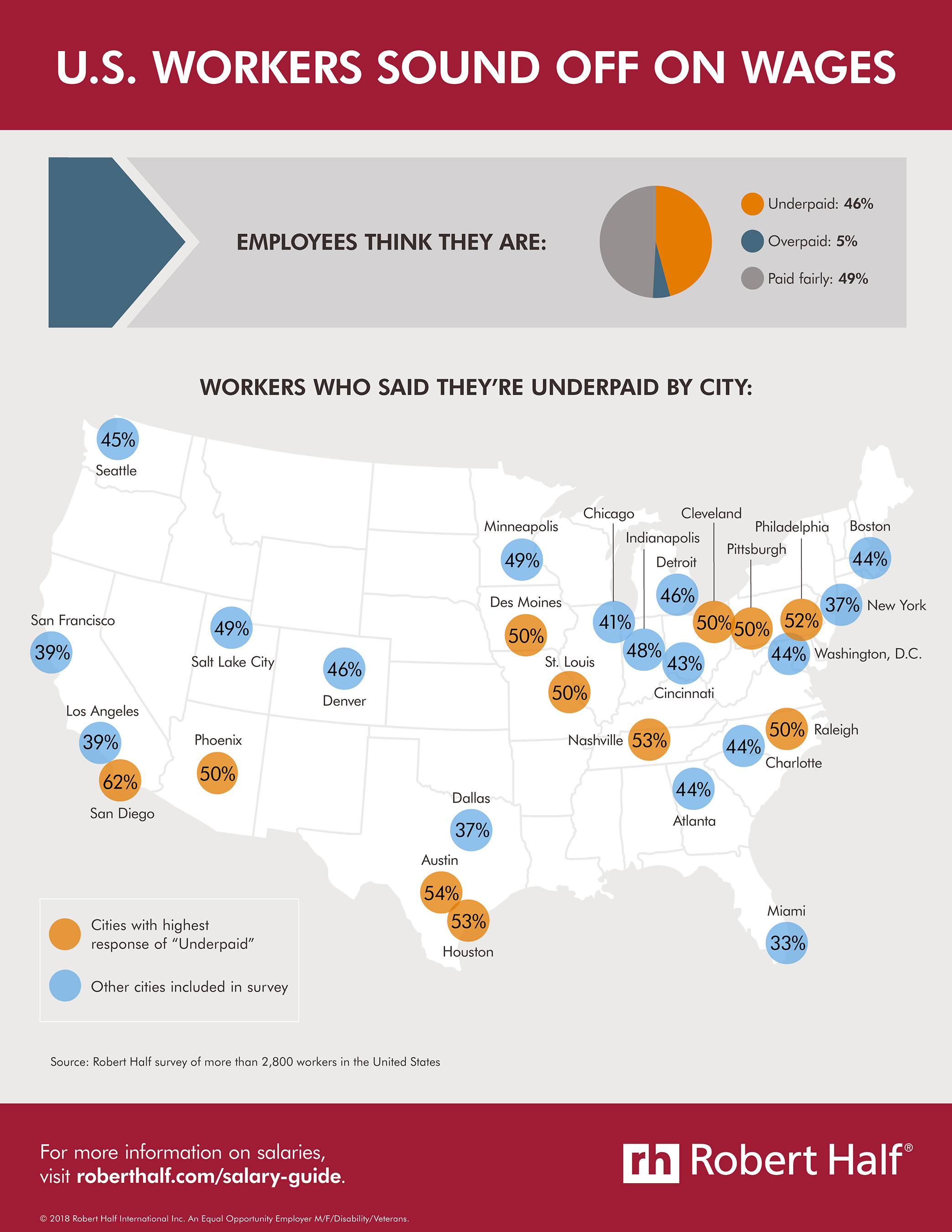 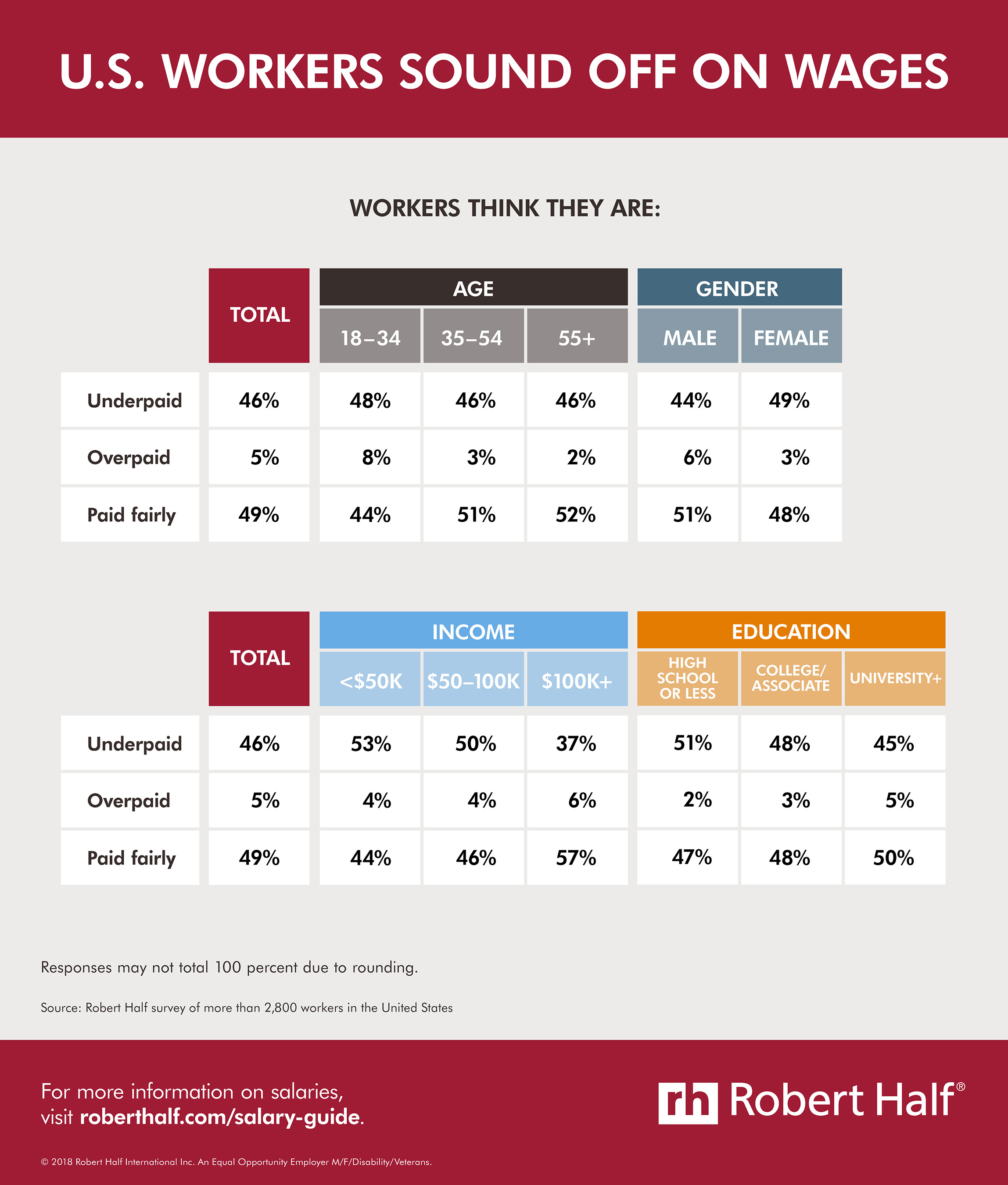 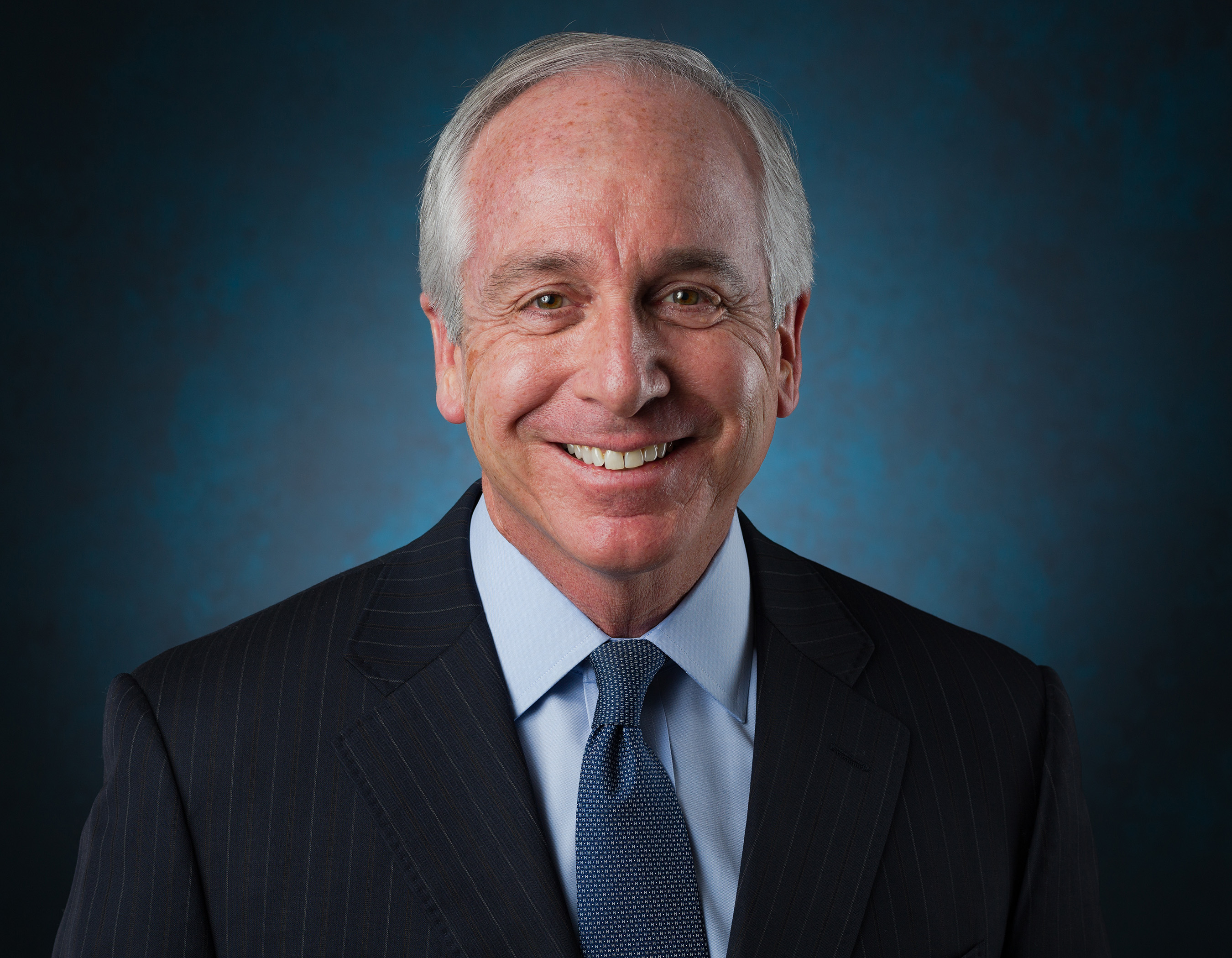