MENLO PARK, Calif., May 17, 2022  Alfredo Mendez, vice president of experience and inclusion at global talent solutions and business consulting firm Robert Half, has been named to Staffing Industry Analysts' 2022 Diversity, Equity and Inclusion Influencers — U.S. and Canada list. He is one of only 47 professionals recognized for making great strides in advancing diversity, equity and inclusion (DEI) in their organizations and communities. 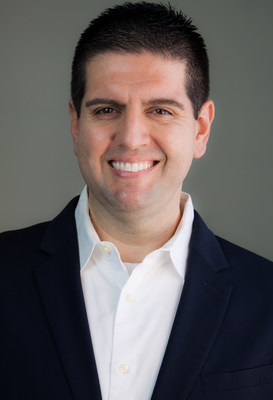 At Robert Half, Mendez harnesses his 18 years of experience in the DEI space to set global strategies and programs that cultivate a culture of growth and belonging for 15,000 employees worldwide. As a first-generation American of Hispanic descent and LGBTQIA+ identity, he recognizes the importance of acknowledging and valuing varied backgrounds, perspectives and approaches to work.

"Since joining Robert Half, Alfredo has raised awareness of DEI issues in our workplace and beyond to drive initiatives that spark positive change," said Lynne Smith, senior vice president of global human resources at Robert Half. "Through his leadership, we have increased the adoption of employee-championed DEI efforts, deployed critical trainings to advance inclusive hiring practices and combat unconscious bias, and earned the reputation as a top employer for diversity."

During his tenure, Mendez has also helped Robert Half achieve several key DEI objectives, including:

Read more about Alfredo Mendez and Robert Half's commitment to diversity, equity and inclusion on the Robert Half blog.

About Robert Half
Robert Half (NYSE: RHI) is the world's first and largest specialized talent solutions and business consulting firm that connects opportunities at great companies with highly skilled job seekers. Robert Half offers contract and permanent placement solutions and is the parent company of Protiviti®, a global consulting firm. Visit roberthalf.com and download the company's award-winning mobile app.